Universem: a decade of Digital Marketing

Universem celebrates its 10th anniversary at the Atomium!

Like an electron orbiting around a nucleus, Universem is celebrating 10 years in the digital marketing business. On 12 October, the founders held an event at the Atomium in Brussels – a fitting venue – to celebrate this milestone in the scale-up’s development. 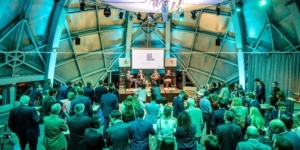 “We’re delighted to be able to share this occasion with our clients, partners and employees – without whom none of this would have been possible,” said Hubert de Cartier. “Our people have been instrumental in taking the company from the seed of an idea in the Namur entrepreneurs’ club to where it is today,” added Sébastien François-Lavet, who founded the club with Mr. de Cartier and Mr. Breuls.

More than 120 people attended the intimate evening event, engaging in constructive discussions about the state of the digital sector in Belgium. One notable speaker was Laurent Hublet, adviser to Belgium’s Deputy Prime Minister Alexander De Croo, who talked about the federal government’s digital agenda and highlighted

some key projects launched by the government.

The evening also saw a debate between Katia De Paepe (CEO of Noukie’s), Jean-Louis Van Houwe (CEO of Monizze) and Thierry Geerts (Country Director, Google Belgium), who looked ahead to what the digital revolution had in store in the coming years – expertly moderated by Alain Gerlache.

A success story made in Belgium 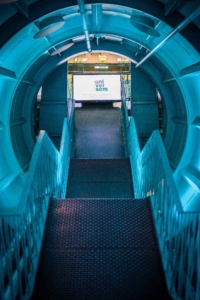 Universem, based at Parc Créalys in Gembloux, began life as an online store. Its subsequent growth has been fuelled by simultaneous development of two areas of expertise – organic search and analytics. The firm has built up a strong reputation over the years, bagging several awards on the way.

In 2015, it landed the EY Promising Company of the Year award and opened new offices in Brussels. In 2016, it took on its 20th employee and was listed in the Deloitte Fast 50. And, more recently, it appeared in the top half of the Financial Times list of Europe’s fastest-growing companies.

Yet unlike many of its competitors, the firm remains fiercely independent and has resisted the urge to join a media group.

Earlier this year, Universem opened a new office in Paris as it sought to build on a reputation stretching well beyond its home country. “We have a growing client base in France, and we want to offer them the same level of service as our Belgian clients,” explained Simon-Pierre Breuls in his opening speech about the company’s history. “That’s why we’ve decided to open new premises in France, to bring us closer to our partners.”

Universem is pressing ahead with plans to take its expertise abroad, as it seeks to reposition itself as a consulting firm.

The company is looking ahead to 2027, when it will celebrate 20 years in Marketing as a Service.

Did you find this useful? Please, share it!
posted on 25 October 2017 by Universem in
Search
Categories
Popular posts
Recent news